Line of biophilic stools that remind us of the importance of connecting with nature on a daily basis, but, above all, the need to respect and protect it.

Wild Stool by Jorge Herrera Studio is Greenarea’s new line of biophilic puffs that appeal to the innate connection of human beings with nature and their attraction to wildlife. Unique pieces to feel nature, combining design, craftsmanship and well-being. An ideal complement for Soft Seatings spaces or homes that, in addition to beauty, provides functionality and comfort. 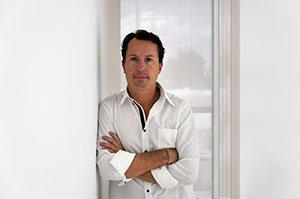 Jorge Herrera, founder and designer at Jorge Herrera Studio. A studio based in Valencia but with great international projection that is characterized by a strong sense of detail and a passion for simple processes.

Industrial designer and born in Las Palmas de Gran Canaria, Jorge opened his own studio in 2008 after passing through companies such as Alfa Romeo, Arkoslight or Donaliving. “Honest, simple, enduring: my style, my work.” thus define their way of conceiving and developing the design. The studio’s work has been recognized with international awards such as the Red Dot, the Good Design or the Idea.
In addition to his academic side in design schools, he currently designs for firms such as FLOS, Forma 5 or Sanycces.

The Wild Stool puffs exhibit different handmade mini-landscapes recreated with mosses and preserved plants, 100% natural, without irrigation or maintenance, along with other natural elements such as bark, branches, stones… With each model, the designer Jorge Herrera seeks to transmit the sensations of plant diversity in the environment, in the people who contemplate them and in those who sit in them.

For indoor use only.
No irrigation.
Do not expose to sunlight.
Do not spray with any liquid on plants.
Environmental humidity between 40/70%.
Non-allergenic, does not emit CO2. 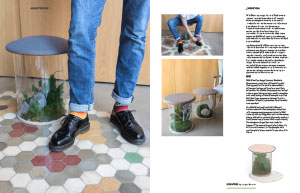 We use our own and third-party cookies to analyse our services and show you advertising related to your preferences based on a profile of your browsing habits (e.g. pages visited). You can find out more HERE and configure your preferences.

This website uses cookies so that we can provide you with the best user experience possible. Cookie information is stored in your browser and performs functions such as recognising you when you return to our website and helping our team to understand which sections of the website you find most interesting and useful.

Strictly Necessary Cookie should be enabled at all times so that we can save your preferences for cookie settings.

If you disable this cookie, we will not be able to save your preferences. This means that every time you visit this website you will need to enable or disable cookies again.

This website uses Google Analytics to collect anonymous information such as the number of visitors to the site, and the most popular pages.

Please enable Strictly Necessary Cookies first so that we can save your preferences!